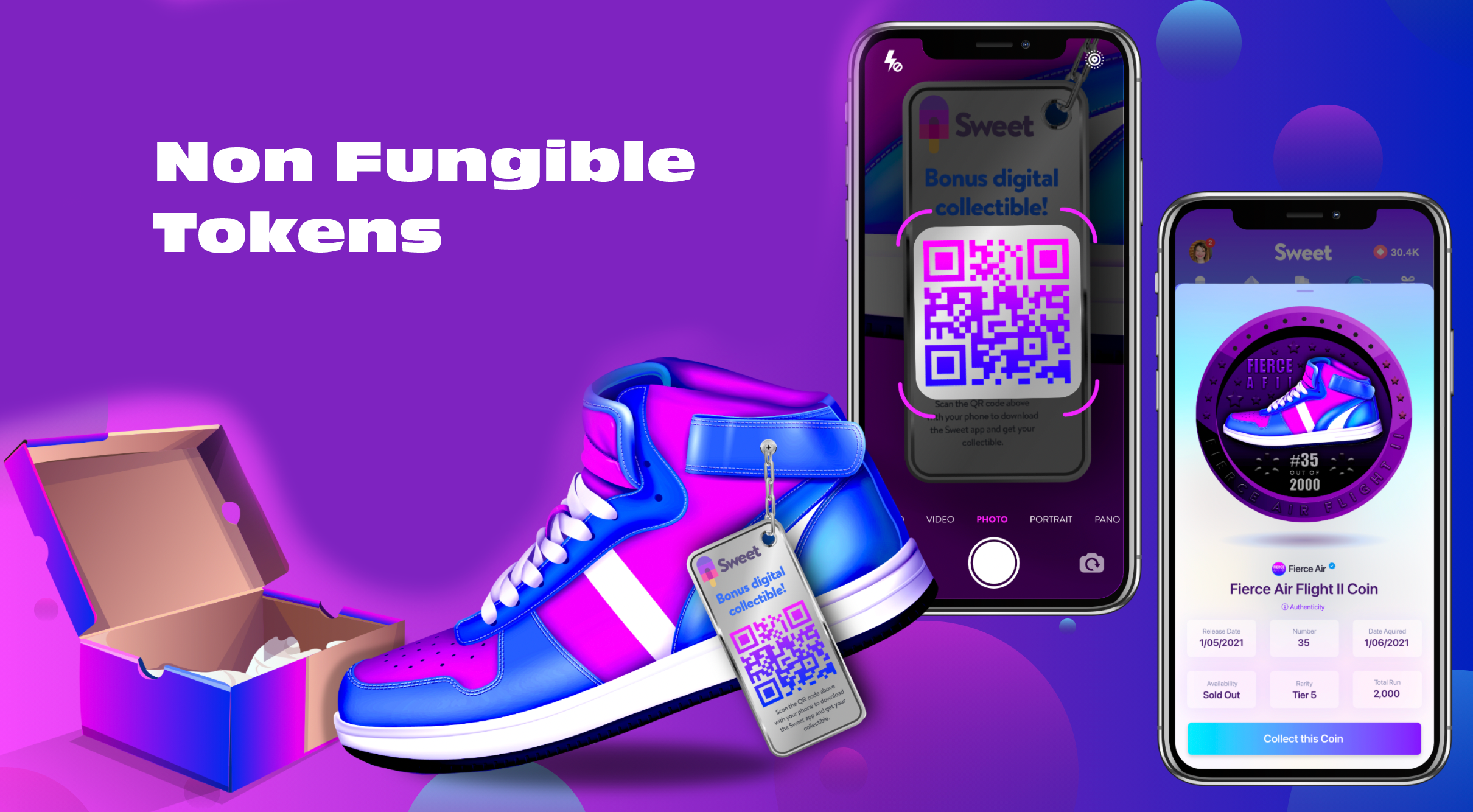 Since the advent of the blockchain and cryptocurrencies (bitcoin, Ether, etc.), a new phenomenon is now in the spotlight: NFTs or “Non fungible tokens”. In 2020, this new global market reached $250 million, according to a 2020 report by L’Atelier BNP Paribas. The number of NFT buyers increased by 66% in 2020. Something to interest the big brands who are now appropriating the phenomenon. 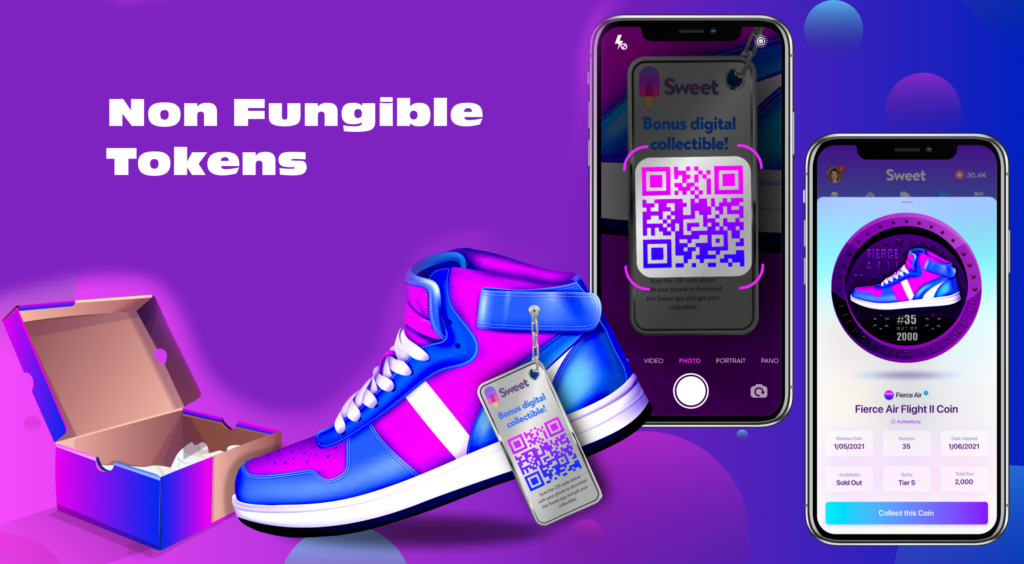 What is an NFT (Non-Fungible Token)?

As its name suggests, it is a unique token that cannot be exchanged with another. Whereas on the contrary, one banknote can simply be exchanged for another, if it has the same value, it makes no difference to the bearer.

This token is generally a physical asset (a branded product, a work of art, etc.) or a digital asset (a character attribute in a video game, a power, a virtual game card). Its characteristics as well as the unique identifier of the token owner are stored and certified by the blockchain . It is therefore an irrefutable title deed. This is why NFTs are now used by luxury brands to authenticate their products and thus avoid counterfeiting.

Because they are unique, NFTs are also associated with the notion of rarity , which makes them valuable. They can therefore be resold at exorbitant prices in digital stores such as “Openbazaar”. The art market is thus a field in which NFTs are used to certify the ownership of a work, its value and its history.

Where do you find NFTs?

To date, NFTs are mainly found on the digital art and video game market . This latter market has long been accustomed to operating with virtual currencies allowing players to buy elements in the universe of a game (powers, character customization, etc.).

As an example, in the case of F1 Delta Time , NFTs are used for the buying and selling of sections of a virtual race track . And the least we can say is that they face a particularly high demand. A player thus acquired, at the end of 2020, a virtual section of the Monaco Grand Prix, after winning an auction amounting to 9 million REVV (the game’s cryptocurrency), i.e. more than 223,000 dollars at the time of sale. That same year, another player purchased a virtual race car for over $100,000 .

Launched in early October 2020 by Dapper Labs in partnership with the NBA , the Top Shot platform makes it possible to buy and sell match video extracts, called “moments” , at variable prices depending on their rarity. Once on the platform, these “moments” can change hands, from one collector to another, ad infinitum.

The big brands are already interested in this phenomenon. Thus, at the end of 2019, the Nike brand filed a patent allowing a unique virtual token called the CryptoKick to be associated with a “real” pair of sneakers.

This process is an innovative solution because it uses the blockchain to integrate these assets that will identify, authenticate and certify Nike sports shoes. The sports equipment manufacturer will thus use blockchain technology to track the ownership of the sneakers as well as verifying the authenticity of the product .

But this innovation will not only make it possible to fight against counterfeiting. It will create a whole digital ecosystem of exchanges in parallel with physical goods. 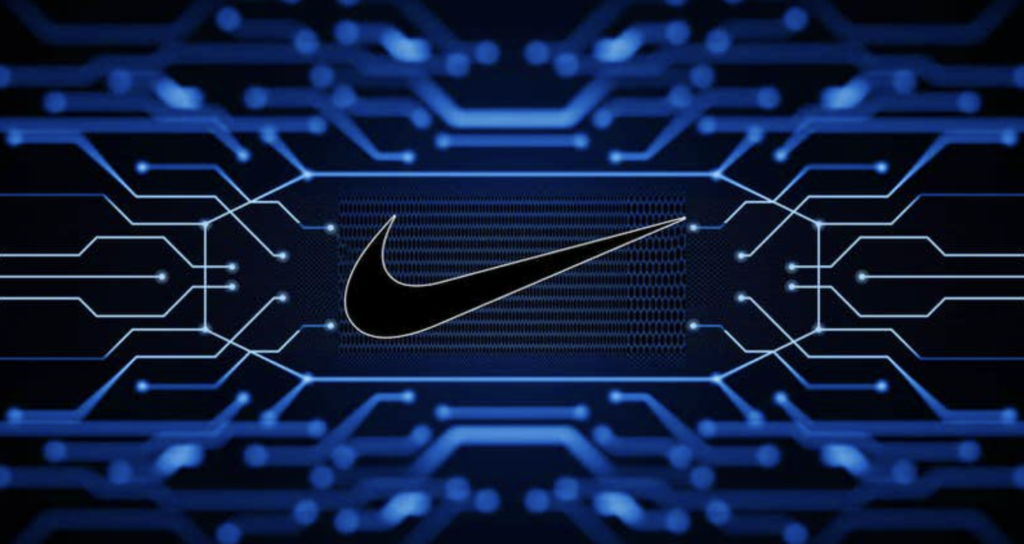 In the same year, the LVMH group launched its own NFT (first for the Dior and Louis Vuitton brands). The system, dubbed AURA, provides proof of the authenticity of luxury items and traces their origins from raw materials to point of sale and beyond to second-hand goods markets. The next phase of the platform will provide the customer with exclusive offers and events .

NFTs are first and foremost a means for brands to authenticate their product in the event of a risk of counterfeiting or theft thanks to the certification of the blockchain used.

NFTs are also part of a logic of loyalty making it possible to associate with the product a whole set of privileges attributable to its buyer.

NFTs will also make it possible to create value within a brand universe by promoting the collector effect around the brand’s products.